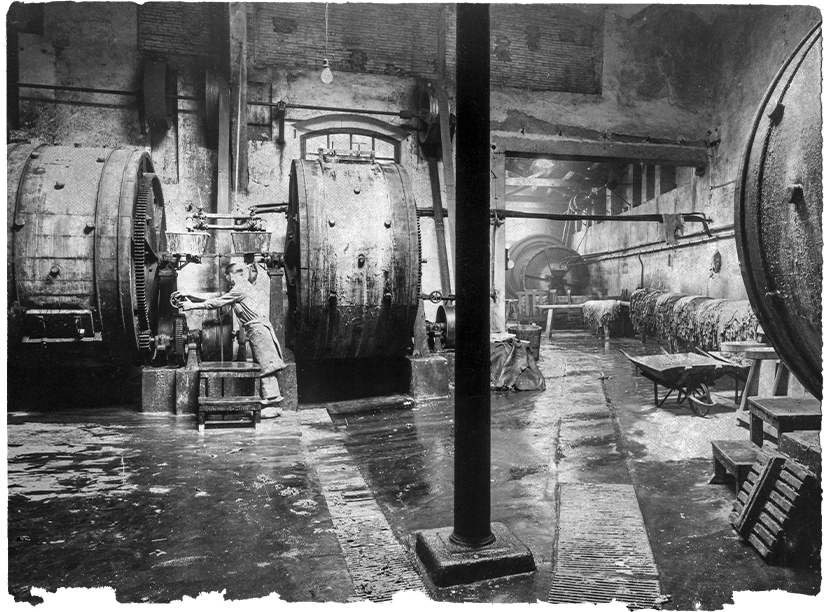 From tradition to innovation. Colomer stays true to its roots.

Come and meet us!

Opening of the Baumann plant in Vic

Opening of the new Colomer 1792 facilities

The introduction of chemistry at Colomer Munmany

Foundation of the Museum of Leather Artistry

1792
josep colomer i costa
Our story begins with Josep Colomer i Costa, who was born in Vic in 1884 and whose life was an unrivalled example of entrepreneurial spirit and initiative. He married Carme Munmany, whose family had acquired great experience in the leather industry, the existence of which in Vic dates back to 1792. Josep Colomer was a blacksmith, but a year after his marriage he inherited the Munmany family tannery and started working in the industry, thus founding the Colomer Munmany Group.

1858
drums used in the beamhouse
Advances in chemical research in the 19th century were vital in the transformation of the leather industry, until then a craft industry, into an industrial sector. With the introduction of chrome salts in the leather production process in 1958, the basic tanning process was improved. This development marked a turning point for Colomer Munmany, as it transformed the art of tanning into a science.

The introduction of chemistry at Colomer Munmany

1900
colomer munmany workers standing outside the plant
In the early 20th century, Manuel Portavella became the first registered chemist to join the company as Colomer Munmany's technical director. He and his team began to develop their own technologies and farm processes, as well as specific methodologies such as sulphur tanning for dry pickling, white tanning for coating, and the use of sodium silicate to produce articles that were soft to the touch. This pioneering process was considered a visionary approach at the time, fuelling Colomer Munmany's international expansion and reputation as the producer of the best quality entrefino leather for garments and gloves.

1936
andreu colomer with friends during his exile in belgium
In 1936 Andreu Colomer travelled to Brussels, where he honed his professional skills and trained as a businessman. Three years later he returned to Vic to continue with the family business, which he modernised and internationalised, focusing on exports and setting up plants in Greece, Iraq, Brazil and elsewhere.

1959
Andreu Colomer on board the RMS Queen Mary during a business trip to New York
Andreu Colomer participated in a trade mission conducted by the Spanish government in Scandinavia. This was later followed by missions in countries such as Libya, Egypt, Ethiopia, China, Persia and Poland, in addition to many others carried out by Catalan and Spanish businessmen.

1960
reception of andreu colomer by representatives of the leather spain society in japan
Andreu Colomer became director of Colomer Munmany SA and embarked on a lengthy process of expansion during the 1960s, operating in numerous tanneries, as well as in companies active in the leather trade. During those years, Colomer Munmany also participated in and provided technical assistance to other internationally renowned tanneries in countries such as Japan, New Zealand, Brazil, Mexico, Greece, Lebanon, Pakistan, Nigeria, the United Kingdom and China.

At that time the group had around 1,000 workers in Catalonia alone, with a daily production of more than 50,000 skins. During this decade, the company consolidated its position as a world leader in the fine leather tanning sector, thanks both to its bold commercial policy and to improvements in labour productivity and advances in production quality brought about by innovation in production processes and technology.

1975
andreu colomer i munmany visiting the plant in nigeria
In 1975, representing the company Colomer Munmany SA, Andreu Colomer was appointed member of the Official Chamber of Commerce, Industry and Navigation of Barcelona and member of the National Council of Businessmen. Three years later, in 1978, he was appointed President of the International Council of Tanners based in London.

Foundation of the Museum of Leather Artistry

1996
view of the outside of the museum of leather artistry in vic
In 1991 the commitment to transfer the assets of the Andreu Colomer collection to the Generalitat de Catalunya was formalised. Five years later, in 1996, this milestone led to the inauguration of the Museum of Leather Artistry, a project that pays homage to the life and work of its creator.

Opening of the Baumann plant in Vic

2006
view of the outside of can baumann in vic
Colomer Munmany opened the Baumann plant in Vic after a major investment in the modernisation and automation of the leather production process by consolidating all the finished article production lines in a single plant.

2009
henan prosper facilities in china
The Chinese multinational Henan Prosper, world leaders in the sheepskin tanning and sheep wool production sector, bought the Colomer Munmany finishing plant. The aim of the merger was to set up two production centres, combining synergies to strengthen its global competitiveness.

Opening of the new Colomer 1792 facilities

Our excellence lies in our raw materials

We at Colomer have a wealth of experience in the sourcing and selection of our lambskins. For this area of activity, we have a team of purchasing professionals based all over the world who strictly monitor the sourcing of our raw materials.

With an annual purchase volume of more than 30 million skins, our warehouse capacity is sufficient to meet the demand for various types of skins from different parts of the world.

Our diversified range of high-quality raw materials enables us to offer production and service tailored to each customer. 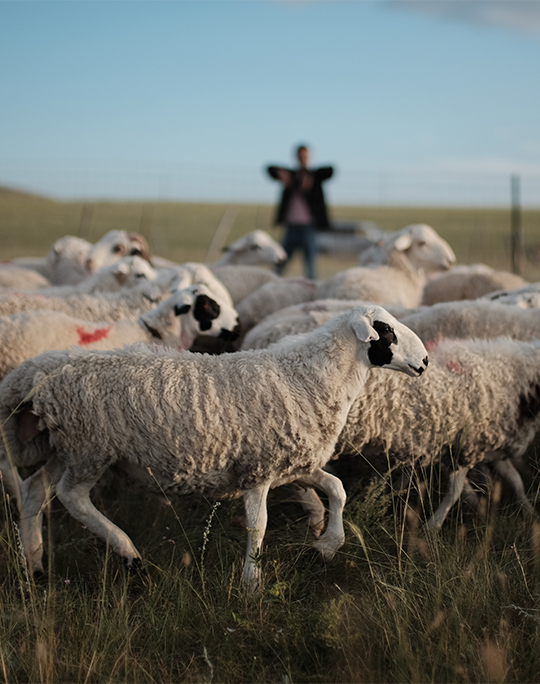 Strict traceability is a prerequisite for ensuring high standards. We at Colomer source high-quality raw materials from all over the world, comply with environmental laws and establish product traceability protocols, allowing us to develop and produce high-quality sustainable leathers for every consumer.

This is the process of transforming raw skins into semi-processed leather, through a sequence of operations aimed at cleaning and preparing the leather for the tanning process. The tanning process prevents the organic decomposition of the skin, making it resistant and preserving it over time. This treatment is carried out prior to dyeing. This is the application of tanning agents to the leather, which we carry out according to the requirements and requests of our customers. This is the final production process, in which we employ different finishing techniques depending on the final application of the leather.
Process  1  /  3

Committed to the
environment 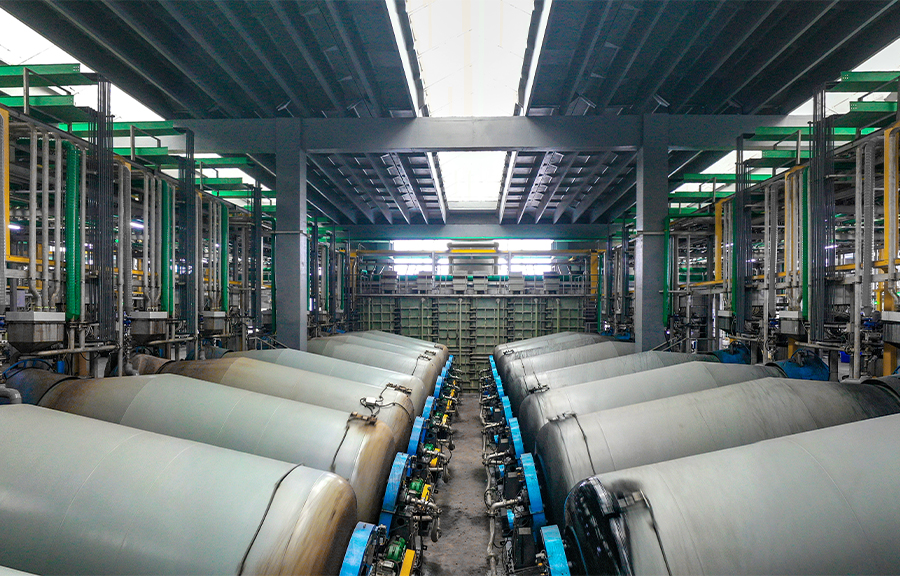 We at Colomer 1792 have adopted a new technology to eliminate chrome as a tanning agent. This process also uses natural biological tanning agents containing probiotics, which ensure environmentally-friendly finished products and minimise chemical waste.
sustainability in figures
-80% Chrome powder Chrome consumption was significantly reduced after the technology upgrade.
-59% Energy consumption The equipment was upgraded to an FRP 15T rotary/slotted drum, reducing energy consumption.
-70% Waste water The total amount of waste water containing chrome was considerably reduced.
-75% Chrome in waste water The concentration of chrome in waste water was reduced by 75%, relieving the burden of the treatment of chrome-containing waste water at treatment plants.
-68% Water consumption The number of times a single piece of leather is soaked was cut from five times to two times, considerably reducing water consumption.
Play
Pause
Off
On

The future is green

Taking the same approach, we at Colomer 1792 have opted to install solar panels that allow us to harness and use solar energy in our facilities. Furthermore, our processes have been designed with the aim of minimising CO2 emissions.

Our requirement that each and every leather be processed under the industry's highest quality standards and with maximum traceability has led us to obtain the 'Gold Rated' classification by the Leather Working Group as well as the ICEC certificate, these being the highest certifications in the leather industry.
We at Colomer 1792 have our own laboratory, which allows us to carry out physical and chemical tests and guarantee that we meet the necessary requirements.

More than 40 million skins per year